Low Back Pain – Is It on the Rise?

Published on 30 October 2013 under Back Pain 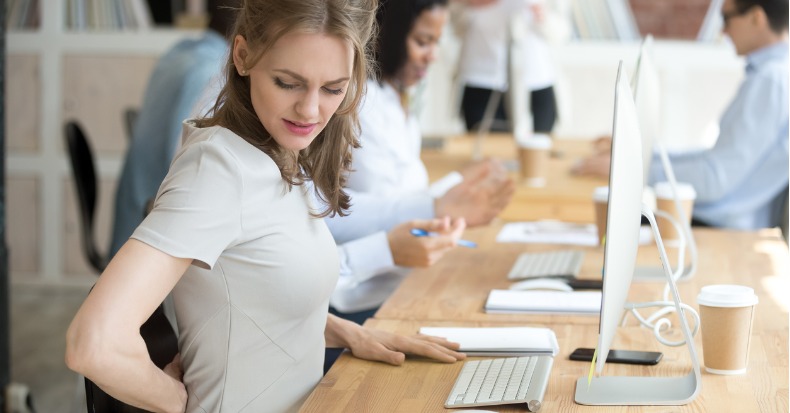 Low back pain (LBP) is the second most common cause of disability among adults in the United States (US) and a very common reason for lost days at work. The total cost of back pain in the US, including treatment and lost productivity, ranges between $100 billion to $200 billion a year! Is low back pain on the rise, staying the same, or lessening? Let’s take a look!

In the past two decades, the use of healthcare services for chronic LBP (that means LBP > 3 months) has substantially increased. When reviewing studies reporting insurance claims information, researchers have observed a significant increase in the use of spinal injections, surgery, and narcotic prescriptions. There has been an increase in the use of spinal manipulation by chiropractors as well, along with increased physical therapy services and primary care physician driven non-narcotic prescriptions. In general, chronic LBP sufferers (vs. acute) are the group using most of these services and incurring the majority of costs. The reported utilization of the above mentioned services was only 3.9% in 1992 compared with 10.2% in 2006, just 11 years later. The question now becomes, why is this? Possible reasons for this increase in healthcare use among chronic LBP sufferers may be: 1) there are simply more people suffering from chronic LBP; 2) more chronic LBP patients are deciding to seek care or treatment where previously they “just accepted and lived with it” and didn’t pursue treatment; or 3) a combination of these factors. Regardless of which of the above three is most accurate, the most important issue is, what can we do to help chronic back pain sufferers?

As we’ve discussed in the past, an anti-inflammatory diet, exercise within YOUR personal tolerance level, not smoking, getting enough sleep, and obtaining chiropractic adjustments every two weeks to four weeks are well documented methods of “controlling” chronic LBP (as there really ISN’T a “cure” in many cases). You may be surprised to hear that maintenance care has good literature support for controlling chronic LBP. In the 8/15/11 issue of SPINE (Vol. 36, No. 18, pp1427-1437), two Medical Doctors (MDs) penned the article, “Does Maintained Spinal Manipulation Therapy for Chronic Nonspecific Low Back Pain Result in Better Long-Term Outcomes?” Here, they took 60 patients with chronic LBP (cLBP) and randomly assigned them into one of three groups: 1) 12 treatments of sham (fake) SMT (spinal manipulation) have over a one-month period; 2) 12 treatments over a one-month period but no treatment for the following nine months; or 3) 12 treatments for one month AND then SMT every two weeks for the following nine months. To measure the differences between the three groups, they measured pain, disability, generic health status, and back-specific patient satisfaction at baseline, 1-, 4-, 7-, and 10-month time intervals. They found only the patients in the second and third groups experienced significantly lower pain and disability scores vs. the first group after the first month of treatments (at three times a week). BUT, only the third group showed more improvement at the 10-month evaluation. Also, by the tenth month, the pain and disability scores returned back to nearly the initial baseline/initial level in group two. The authors concluded that, “To obtain long-term benefit, this study suggests maintenance SM after the initial intensive manipulative therapy.” Other studies have reported fewer medical tests, lower costs, fewer doctor visits, less work absenteeism, and a higher quality of life when maintenance chiropractic visits are utilized. The question is, WHEN will insurance companies and general practitioners start RECOMMENDING chiropractic maintenance care for chronic LBP patients?