What Causes Low Back Pain?

Published on 31 October 2010 under Back Pain 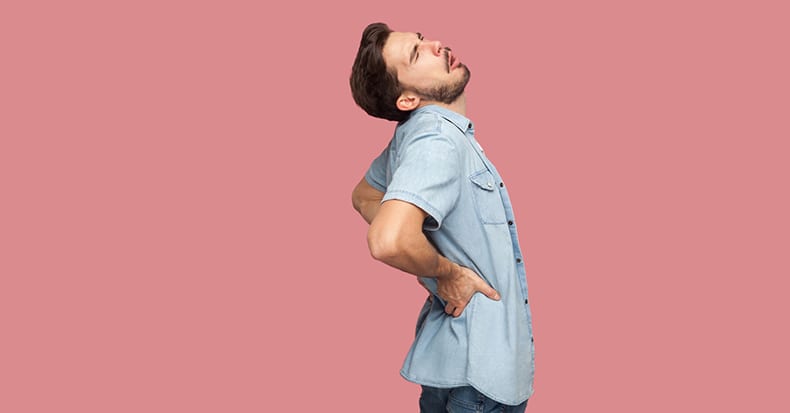 Obviously, there are MANY causes of low back pain (LBP) but some may be surprising:

Trauma: Let’s start with the easy one – falling down, over lifting, twisting, pushing, pulling, bending over, sporting activities, work activities, sex, sneezing, raking, shoveling, etc. We’ve all sprained an ankle or a finger and based on statistics, most of us have also suffered from LBP as a result of a single event injury. These types of injuries include sprains (ligament injuries), strains (muscle/tendon injuries), disk injuries (tears, ruptures), and include many possible findings including joint fixations (areas where vertebrae stop working well together or have shifted from their proper location). When there is radiating leg pain that travels below the knee, a pinched nerve may be involved, often caused by disk pressure or a combination of things.

Insidious or “I don’t know what I did!”: Believe it or not, this is probably the most common cause of LBP as the majority of people can’t recall anything as causing their LBP. The “cause” in these cases often stems from a series of events that accumulate to a point where pain/swelling occurs, often hours or even days after several over-use activities may have been performed. Thus, more investigation into the activities that preceded the onset of LBP needs to be considered. We can usually uncover several possible culprits but we can’t ever be 100% certain that we’re right about the cause(s). In some cases, people will wake up with LBP, while others don’t have it until they’ve been active.

Biomechanical causes: This category might be involved in the 2nd category discussed but deserves a separate discussion because of the many possibilities. First, we are 2 legged / not 4 legged animals and that by itself puts a lot of pressure on our lower backs. In fact, 2/3rds of our weight is carried from the waist up and as a result, just bending over for a pencil can, “…throw the back out.” For example, a 180 lbs (~82 kg) person lifts about 120 lbs (~54 kg) of body weight just by bending forward! Another common problem is one leg being shorter than the other. It has been reported that 87% of us have unequal leg lengths and when the shift measures 7-9mm (about ¼ inch), the probability of back, hip, or sciatica pain is 2x greater. When the difference is 16mm, there is an 8x greater chance of having back trouble. The “fix” in this case can be quite simple as using a heel lift in the shoe on the shorter leg. Flat feet and ankle pronation can also create an unstable pelvis and can contribute to LBP so foot orthotics can also be very helpful. Obesity (body mass index >30) has been identified as a risk factor for a lot of conditions including LBP and a weight management program can be highly effective.

Dangerous loading activities: It has long been known that jobs where 50-100 lbs (~22-45 kg) is lifted or carried, especially if frequently handled, have an increase in occurrence of LBP. Using proper lifting methods is very important in jobs like this!