Published on 21 July 2019 under Whiplash 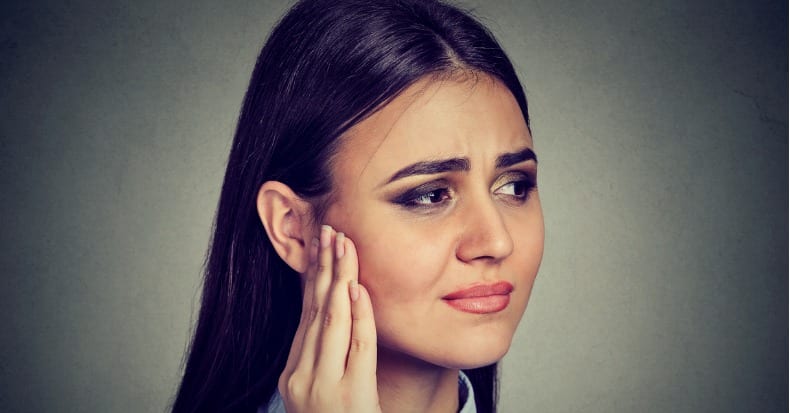 While tinnitus is commonly associated with a ringing sound in the ears, it can also involve a buzzing, hissing, or whistling noise. The sound can be intermittent or constant and can change in volume. The noise often intensifies in a quiet room when background noise is absent, such as at night, which can interfere with sleep. Approximately 50 million adults in the United States are affected by tinnitus, and up to 90% of people with tinnitus have some degree of noise-induced hearing loss. Though tinnitus can be due to many different causes, trauma-induced tinnitus from motor vehicle collisions is common.

Studies have demonstrated that an 8 mph (12.87 kmph) rear-end collision can result in 4.5g of neck acceleration, which can cause a sprain/strain injury to the neck that can lead to the cluster of symptoms that characterize whiplash associated disorders (WAD) such as neck pain, back pain, mental fog, headache, balance disturbance, depression, anxiety, tinnitus, and more.

Additionally, this process can also accelerate the head, essentially slamming the brain against the inside of the skull, followed by a rebound into the opposite side of the skull. This can lead to bruising on the brain, which is commonly called a concussion but is more formally known as a mild-traumatic brain injury (mTBI). This type of injury shares many symptoms with WAD, including tinnitus. If symptoms persist, the condition is known as post-concussive syndrome (PCS).

This has led researchers to speculate that WAD and mTBI often co-occur, and treatment to address cervical spine dysfunction commonly observed in WAD patients may also help patients with PCS. In a 2015 study involving five patients with diagnosed PCS, researchers observed that when the patients received manual therapy treatment to address cervical spine dysfunction, they reported improvements in several symptoms associated with PCS.

Doctors of chiropractic are highly trained to manage cervical spine dysfunction, a common sequela following a motor vehicle collision. Frequently, the many symptoms associated with WAD, including tinnitus, improve once the dysfunction is managed through manual therapies applied to the muscles and joints in the neck. If you are suffering from the aftermath of an MVC, please see your chiropractor!