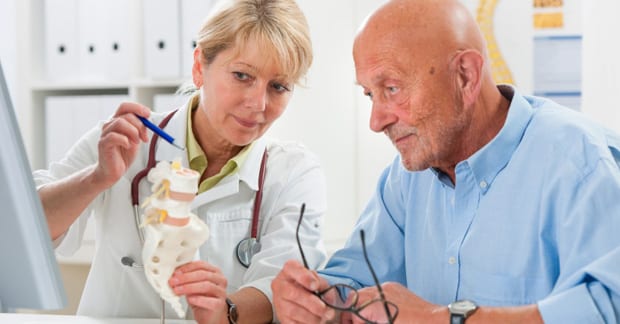 Chiropractors most commonly treat musculoskeletal system (MSK) injuries and conditions such as sprains and strains arising from slips and falls, auto accidents, sports injuries, or simply over doing it. In fact, in today’s world, the use of manipulation in the management of biomechanical disorders of the spine is regarded as a “mainstream” treatment. A review of the origins of chiropractic back to the founding of the profession in 1895 found the original tenants did not limit chiropractic to the management of only the MSK system, but rather, described the effects that spinal manipulation had on the body in general. In particular, the nervous system was specifically described in the early literature of chiropractic as being at the center of disease and function, and emphasized the effects spinal manipulation had on the body, including the organs through the nervous system. Hence, the Meric System was published describing the association between the specific organs and the spinal nerves. Treatment of organic conditions through spinal manipulation has been met with considerable skepticism outside, as well as within, the chiropractic profession. Let’s take a fresh look at the diagnostic ability of the Meric System with respect of what is currently understood about the basis of spinovisceral interactions.

The Meric System dates back to D.D. Palmer’s (he’s the founder of chiropractic) observations that the adjustment (manipulation) of specific spinal vertebra reliably resulted in relief for particular disorders. The formulation of a diagnostic system that associates each nerve of the spine to a specific organ, such as a joint fixation (also called a subluxation) of T9 (a vertebra in the region between the middle and lower back) would be associated with adrenal gland disease, is credited to B.J. Palmer and James Wishart circa 1910. Early chiropractic theories included this plus other factors such as the clinician’ own observations as well as the scientific knowledge of the time.

Frequent references were made in D.D. Palmer’s text to the function of the sympathetic nervous system and the organ system. Early concepts of the Meric System held that a specific vertebral “subluxation” (areas of your spine that aren’t moving properly; often causing pain and/or nerve pressure) impinges on its related spinal nerve and interferes with the sympathetic output to the specific related organ. Controversy of this model includes how much impingement of a nerve actually occurs when a vertebra is subluxated and what else in that area can pinch the nerve (ligaments, etc.).

A common (and well researched) condition associated with degenerative arthritis among the elderly is called spinal stenosis. Here we know spinal nerve impingement occurs and results in altered posture and radiating pain. Hence, the concept of a pinched nerve has validity. But how does this affect the organs? When examining the anatomy of the sympathetic nerves to an organ, it becomes clear that an organ receives fibers from multiple spinal levels, making it unlikely that a single T9 vertebral subluxation can be considered the sole cause for adrenal gland dysfunction or disease. Also, studies show that there are reflexes between organs and the spinal cord, similar to the reflexes that we check when we percuss the tendon below the knee cap and your leg jumps. Reflexes require nerves to relay information to and from the organ. This is perhaps a more accurate view of the spine-organ and organ-spine relationship. There are also influences within the spinal cord that affect these reflexes as is seen in patients with spinal cord injuries where there is a disconnect affecting these reflexes. Therefore, though certain aspects of the Meric System are quite robust, it is not as precise as early proponents believed.

Research supporting the use of chiropractic strategies in the management of some visceral conditions is growing, but continued clinical research is needed to better define the parameters of chiropractic care for these and other organic disorders, no different than for specific musculoskeletal disorders where research also continues.