How to Avoid Whiplash!

Published on 25 November 2014 under Whiplash 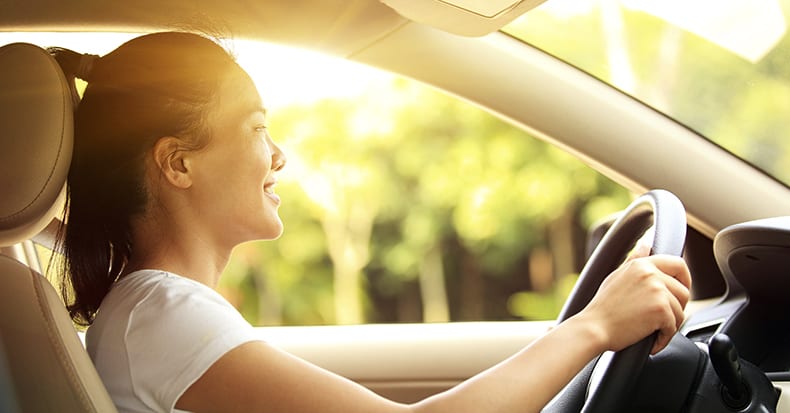 Whiplash is a common problem following motor vehicle collisions and because prevention is considered the best medicine, here are some tips to AVOID car crashes altogether…

Don’t eat, take your eyes off the road while talking, fiddle with the radio, talk on your cell phone, or text/play with apps while driving! The National Safety Council estimates 1.6 million crashes are caused by cell phone use, and you’re four times more likely to have a crash while talking on a cell phone. In 2011, 23% of auto collisions involved cell phone use, and of those, 21% involving people between ages 16 and 19 were fatal. A good website to check out WITH YOUR CHILDREN is www.textinganddrivingsafety.com. Texting while driving results in a minimum of five seconds of eyes off the road, which is equal to the length of a football field if you’re traveling at 55 mph (~88 km per hour). While talking on the phone increases your crash risk by 30%, texting increases your risk 2,300%! About one in seven drivers between ages 16-20 involved in car wrecks admit to texting or talking on their mobile devices at the time of the crash, and 82% of Americans age 16-17 own cell phones. A third say they text while driving, 52% say they talk on a cell phone while driving, and 77% of young adults are very or somewhat confident that they can safely text while driving. About half of young drivers have seen their parents drive and talk on a cell phone, and 15% have seen them texting while driving. One in four adults have sent or received text messages while driving and half of kids age 12-17 have been in a car while the driver was texting. One in five drivers of ALL ages confess to surfing the web or texting while driving AND they “justify it” with excuses like “reading a text is safer than composing and sending one,” “the phone is held near the windshield for better visibility,” “I increase the following distance,” and “I text only at a stop sign or red light.”

So WHAT CAN BE DONE to change this behavior? As of 2014, ten states in the United States prohibit ALL drivers from using handheld cell phones while driving and 32 states prohibit novice drivers from cell phone use. Thirty-nine states prohibit ALL drivers from text messaging. Parents can “DRIVECAM” their kids’ cars – a device that monitors a driver’s activity and provides real-time feedback with video. Use the AT&T “Drive Mode” app. It’s a FREE APP for Android & Blackberry that prohibits texting while driving. Teens and parents can also take the text-free-driving pledge at textinganddrivingsafety.com. Social media sites for anti-texting & driving awareness include Facebook & Twitter: @RayLaHood, @DistrationGov, @NHTSgov, @DriveSafely. Check out blogs such as FromReidsDad.Org, RookieDriver.wordpress.com, ctdrive.blogspot.com, and EndDD.org.

One Belgium-based project tricked teen drivers into thinking that in order to pass their driving test, they had to be able to successfully text and drive on a tight course. The results on You Tube are both funny AND frightening. Student reactions included: “If this becomes law, I’ll stop driving,” “It’s impossible,” “What you’re asking is dangerous,” “People will die,” and “Honestly, I feel like an idiot who can’t drive.”